Home > What’s on > News > Volunteers’ favourite objects at the Museum 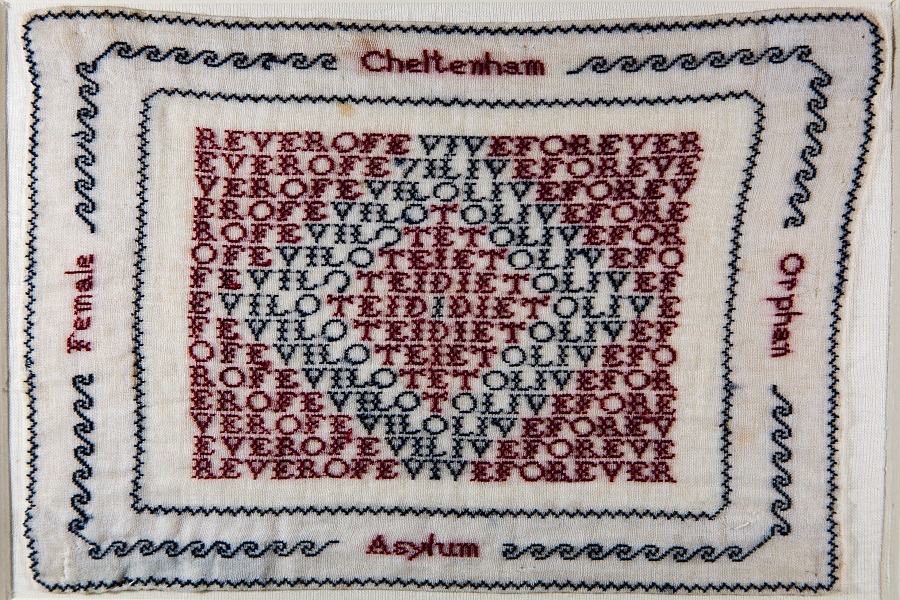 In the 19th century samplers were used as an educational tool for girls from all backgrounds. This sampler is from the Cheltenham Orphanage Asylum which stood near to the entrance of the newly created Pittville Estate. The asylum, which had royal patronage, was for orphans from ‘respectable’ families – other less fortunate girls would have found themselves in the workhouse in nearby St Paul’s. The asylum was instrumental in training girls for domestic service. A key element of this training would have been sewing and embroidery. The sampler demonstrates the high level of skill in embroidery demanded from girls at this time – the oldest pupils were just twelve years old. The girls wore a distinctive uniform of brown serge gowns, straw bonnets, capes, black worsted stockings, white tippets, check bibs and aprons and ‘duffield’ cloaks.

In 1842 Queen Victoria was sent examples of the girls’ embroidery – testament to the high standard produced at the asylum. Queen Victorian must have been impressed for she became a patron and contributed £10 towards the asylum’s funding.

The sampler is on display in the Nursery in the Holst Birthplace Museum.