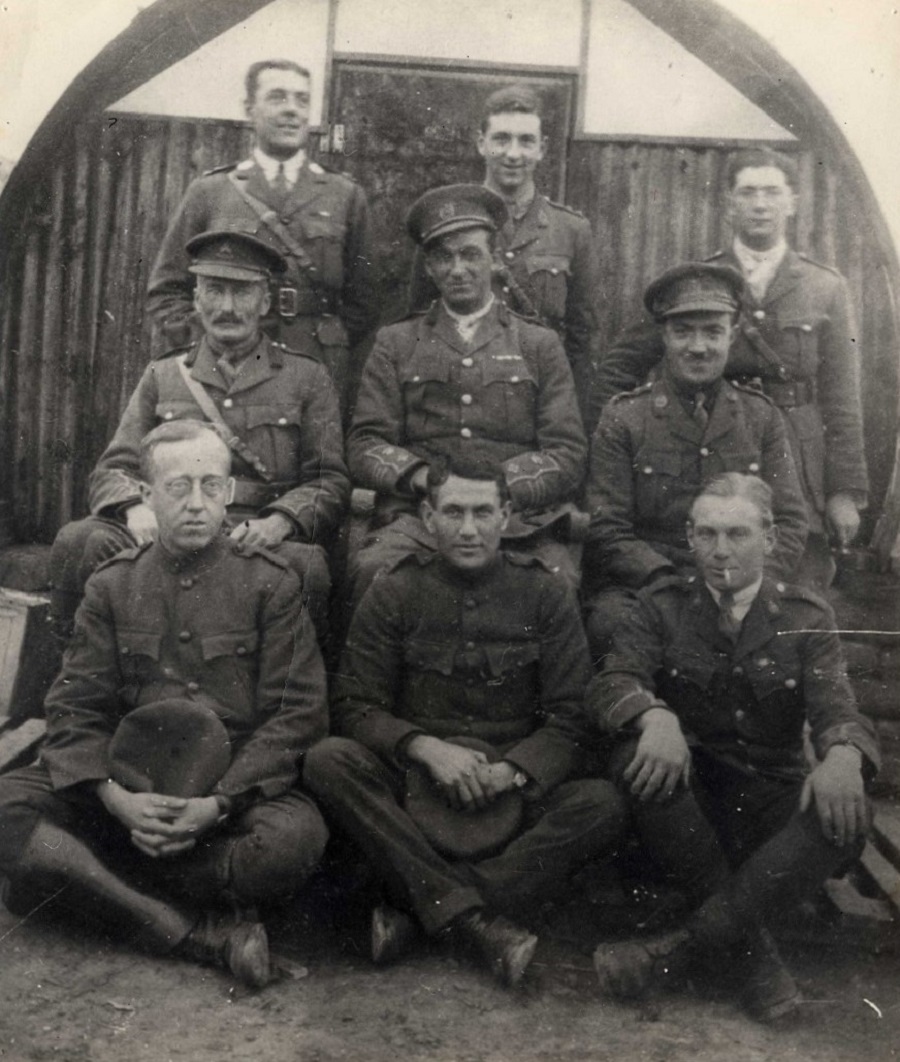 Every week we will be highlighting an object from our collection. This week’s object has been chosen by Laura, our Curator.

The museum holds a large archive of photographs relating to Holst and his family, from images of the composer as a toddler, to those taken just a few months before he died in 1934. One of the most interesting items is a photograph taken in Salonika when he worked for the YMCA as Musical Director during WW1.

In December 1918 Holst arrived in Salonika, modern-day Thessaloniki in Greece. He had been sent there by the YMCA to teach music to the troops. Despite peace being declared a month before, it was to be several months until soldiers were able to be sent home. Holst (bottom left) is pictured in the photograph with eight other men, one of whom is in YMCA uniform like him. It is likely, given the corrugated iron frontage of the building behind the men, that the photograph was taken outside one of the YMCA huts. One of the possible locations is GH2, the main YMCA hut in the city, which had a canteen, officers’ tea room and theatre. This was where Holst had his music room, which he described in a letter to his wife Isobel on 23 December: ‘It has a bed, two chairs, three tables and many shelves made of packing cases. I have been there every afternoon except one when I went to the Scottish Women’s Hospital to arrange teaching wounded French and Serbians ( I fancy teaching tonic solfa to Serbians!!) and men come in for lessons whenever they can. It is a free and easy arrangement that appeals to them greatly.’

Holst’s work in Salonika (and Constantinople) in 1918 and 1919 has been largely forgotten in his story, yet it had a great impact on him as a man and a composer, influencing work such as Ode To Death in 1919. This photograph reminds us of the time he spent there, mixing with other YMCA workers and soldiers, hearing their stories and experiences of war.